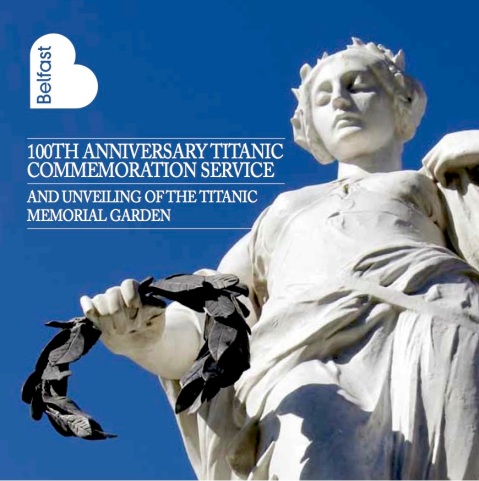 When I arrived in Belfast in 1994, one matter that struck me as peculiar was the near neglected Titanic Memorial statue on the east lawn of Belfast City Hall. The situation became blasphemous when the Big Wheel was erected practically right on top of it a few years ago.

If I remain circumspect of some of the celebratory activities taking place in Belfast throughout this centenary, the 100th Anniversary  Titanic Commemoration Service, organised by Belfast City Council and the Belfast Titanic Society, was one that I would not miss.

Noel Thompson served as emcee, and welcomed all with the fact that while the Titanic Memorial statue has been here at Belfast City Hall since 1920, it listed the names of only those from the city were listed. Today’s new memorial will contain the names of all 1,512 who perished:

The first hymn of the service was Eternal Father Strong to Save, performed by Harlandic Male Voice Choir and Queen’s Island Male Voice Choir, and accompanied by City of Belfast Youth Orchestra Brass Section: 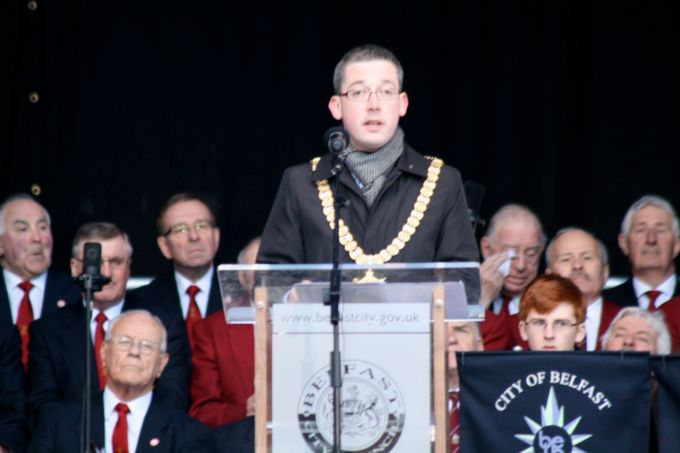 The Lord Mayor of Belfast, Councillor Niall O Donnghaile, gave an address. To give a partial answer to my initial observation, the Lord Mayor described how Belfast’s rightful place in the Titanic story was barely recognised by its people — “quietly set aside, the memory too painful, the loss too personal”.

He also explained two matters that needed to be satisfied in the run up to the Titanic centenary: (1) to celebrate the building of the Titanic as an incredible feat of human endeavour; and (2) to commemorate those who lost their lives.

“I think we have got that balance right,” he continued, with reference to the recent launch of the Titanic Signature Project and today’s commemoration event and unveiling of the Titanic Memorial Garden.

Dan Gordon read memoirs of the late John Parkinson, President of the Belfast Titanic Society. Afterwards, Mr Gordon paid tribute to those who built the Titanic, and that 1,700 other ships were built in the city.

Brian Kennedy performed his song, Life, Love and Happiness. It is a fine song, but it jarred with me for the occasion. Probably doesn’t help that I’m not a big fan.

This was followed by what for me was the highlight, Una Reilly’s description of the significance of the new memorial garden: “Titanic has finally come home … We have picked up the pride, again, with the men who built it … There was never shame; it was shock.” As head of the Belfast Titanic Society, Ms Reilly said that Titanic is a fascinating story, and even after all this time, she is never bored of it nor will she be for the next 20 years.

The joint male choirs preformed their second item, Calm Is The Sea. Mr Thompson provided the background to both choirs. The Harlandic Choir was formed in 1944, on the back of men “singing lusty” at their work. The conductor now is John Lyttle. The Queen’s Island Choir takes its name from the land where the shipyard stood. It was formed in 1974 and maintains a busy engagement calendar. It current conductor is Alister McCory:

Brian Kennedy’s second performance, You Raise Me Up, was more convincing:

The Reverend Ian Gilpin, from the Non-Subscribing Presbyterian Church, led the reflection and prayer. He spoke eloquently:

“In the diversity in the fragrance and colour of the flowers of the memorial garden, may there be an acknowledgement of the diversity of humankind.” 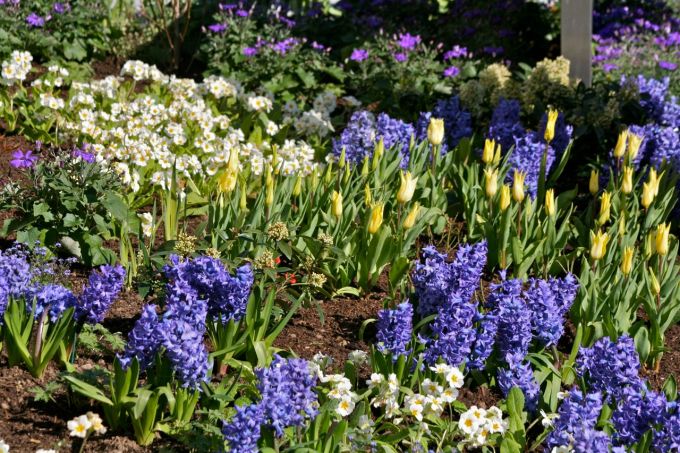 While invited guests were welcomed to go up to the yet to be unveiled memorial, the City of Belfast Youth Orchestra performed A Little Prayer:

The Lord Mayor and Jack B. W. Martin

The official opening of the new Titanic Memorial Garden was performed by the Lord Mayor and Jack B. W. Martin, a boy who is great-great nephew of Dr Simpson. Mr Thompson gave some detail of the new memorial. The continuous plaque is made up of pieces of bronze, on five sections of grey granite, each weighing five tons. On the plinth of the plaques are the names of all the names of all the victims of the Titanic, listed in alphabetical order, not by class or creed, “simply all the names of all the people from many nations who were on that maiden voyage”.

The service ended with the performance of Nearer My God To Thee, the legendary last tune to be played by the band as the Titanic dived to the depths: 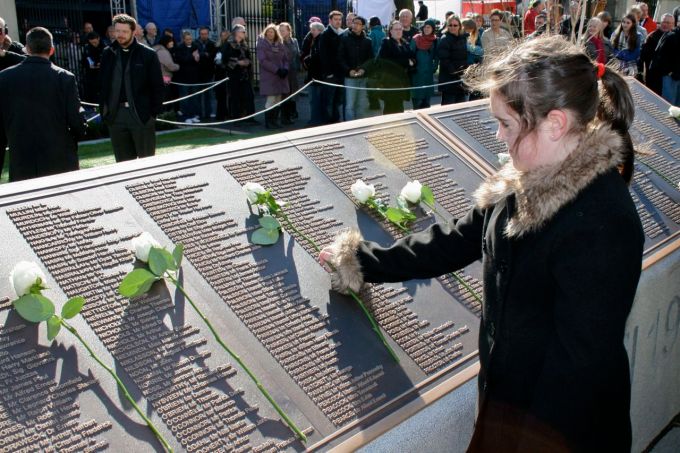 I continued to take photographs as people went to inspect the new as well as old Titanic memorials:

At long last, one hundred years after the tragic event, justice has been done to commemorate the souls who lost their lives that fateful day.

View this document on Scribd